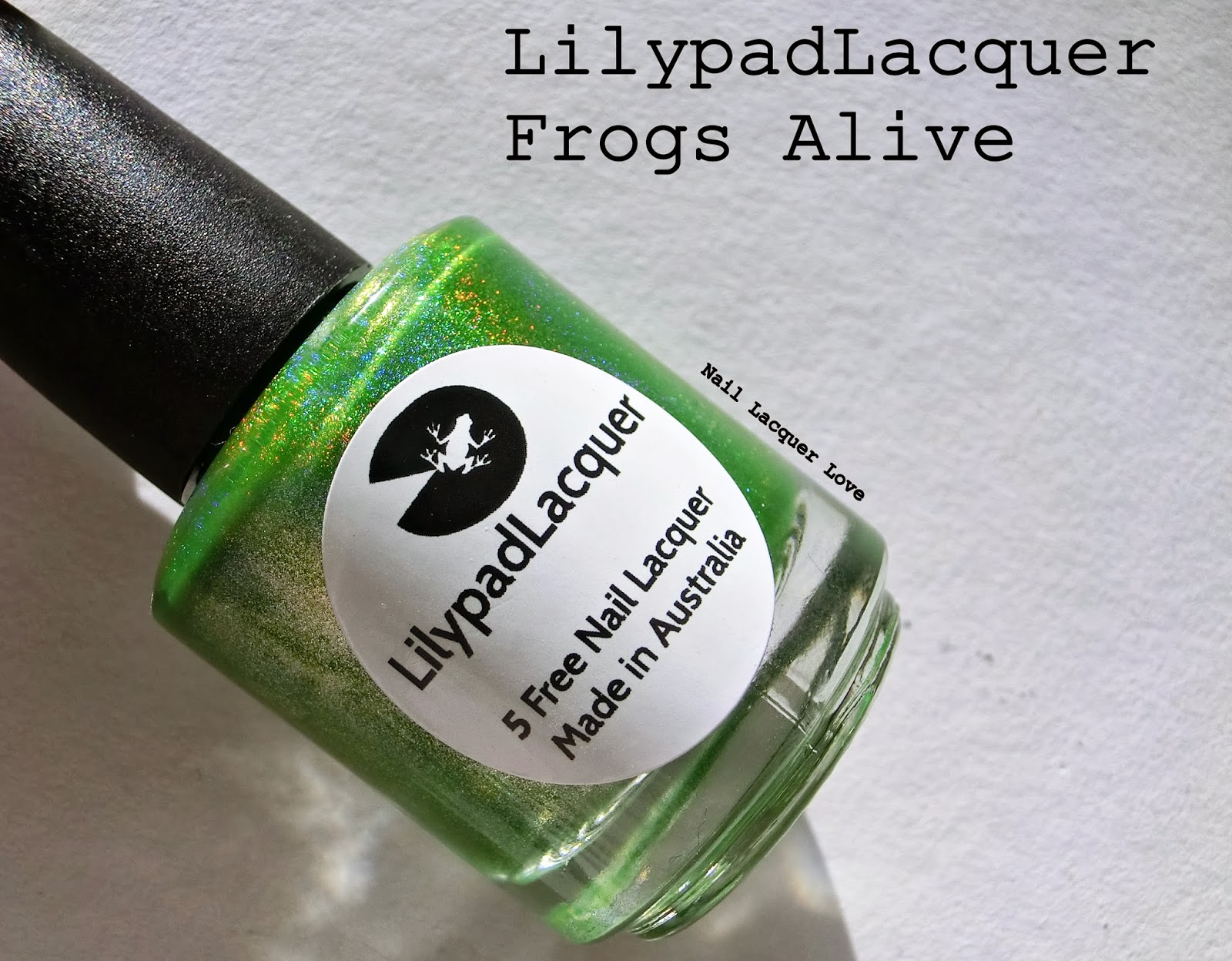 Hello!
It's Green Wednesday today, and of course I want to join in. Today I have LilypadLacquer Frogs Alive to show you.

Frogs Alive is a lime green,  bordering to neon, holographic polish. The holo effect in my bottle is a bit subtle, but it's gorgeous and adds depth to the lovely green colour. As you probably already know by now LilypadLacquer has the tendency to differ a bit in the holo effect between different batches. I've seen pictures Frogs Alive with a super strong linear holo effect, but as you can see, my bottle of it has a very subtle holo. I love the polish though. It's been a lemming of mine for a while and now I finally got it. I don't care that isn't super holo, it's still stunning!

The sun was out yesterday, so you'll get a couple of bonus pictures taken in sunlight instead of the regular lamp light I usually photograph under. 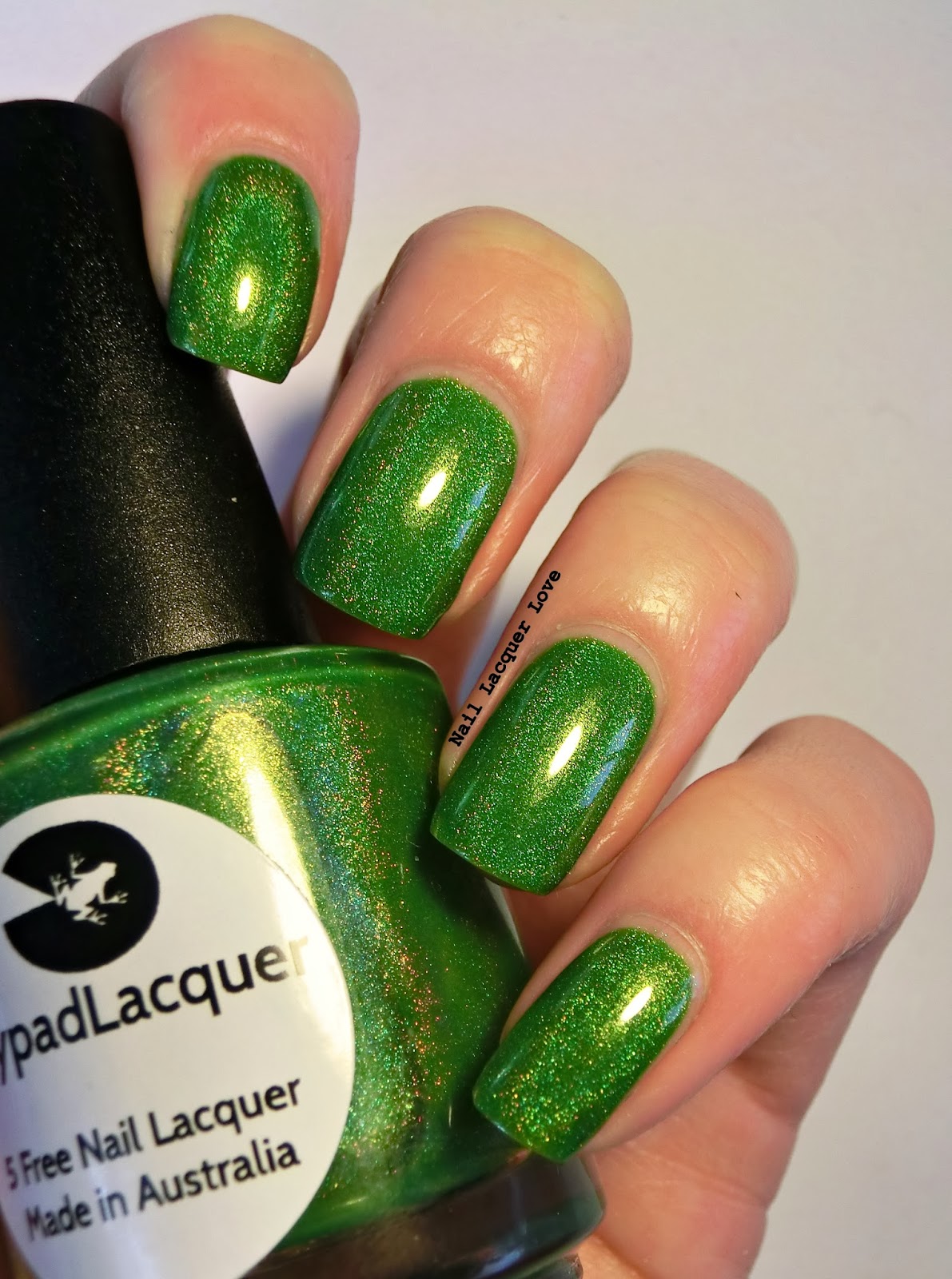 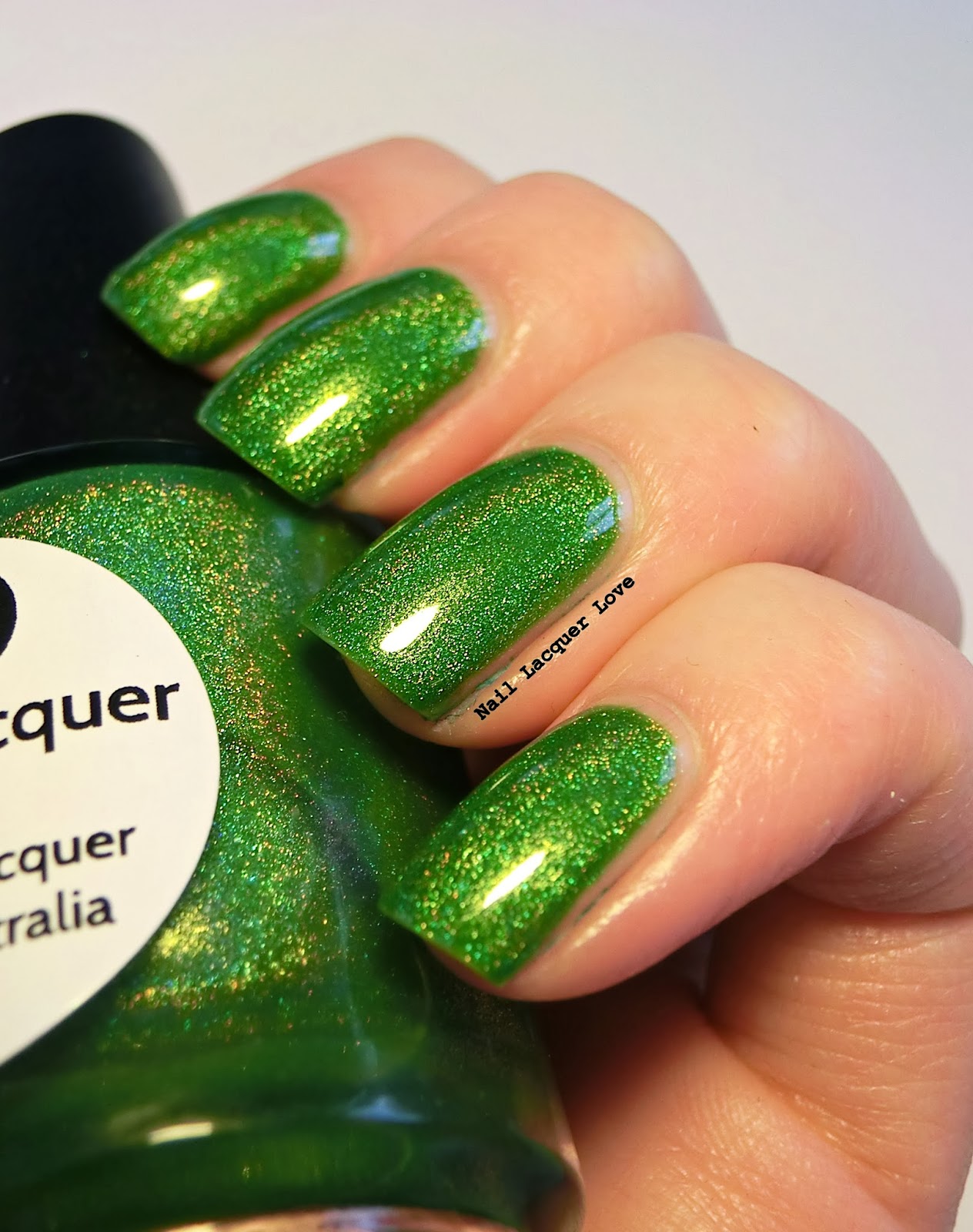 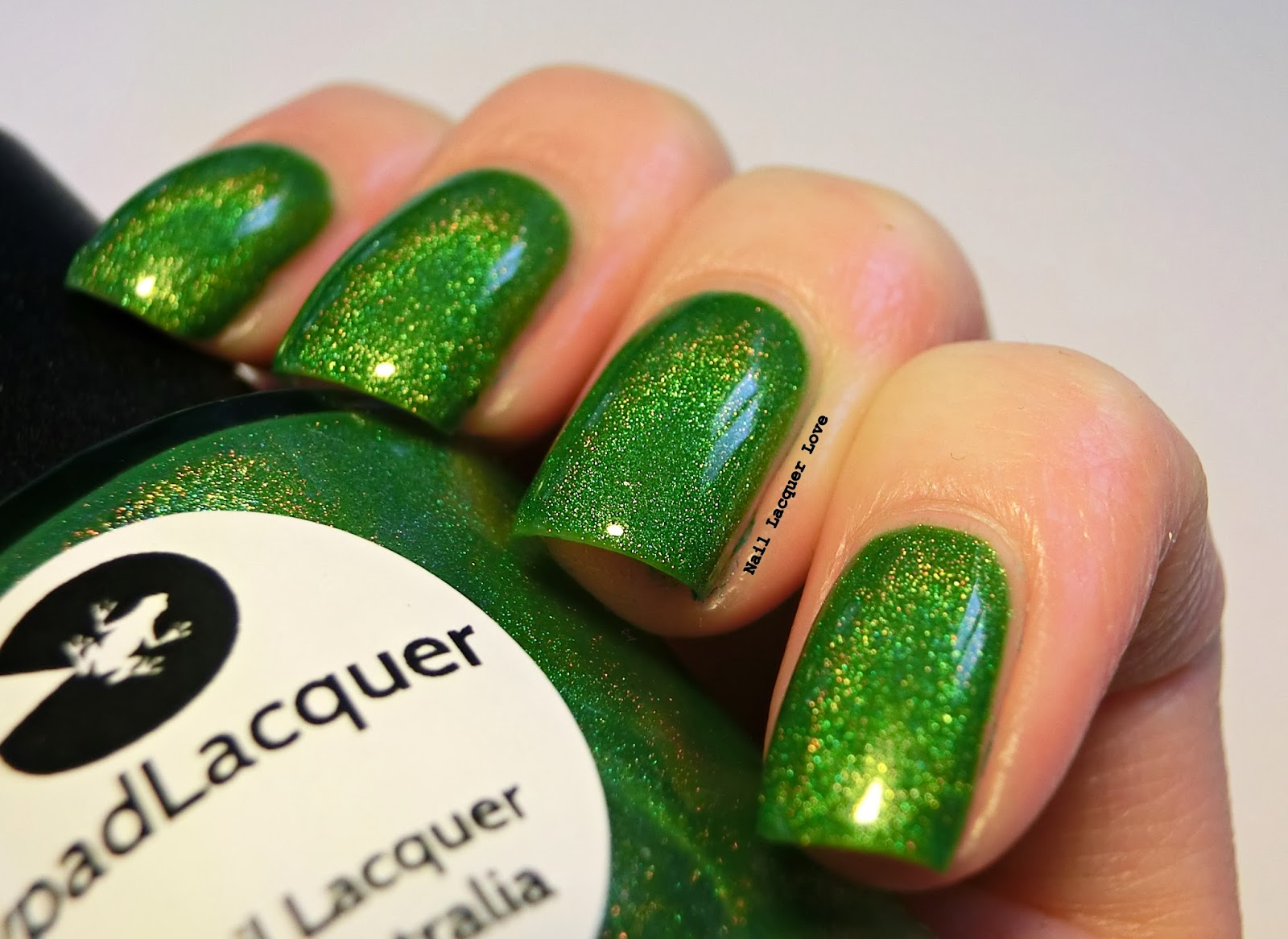 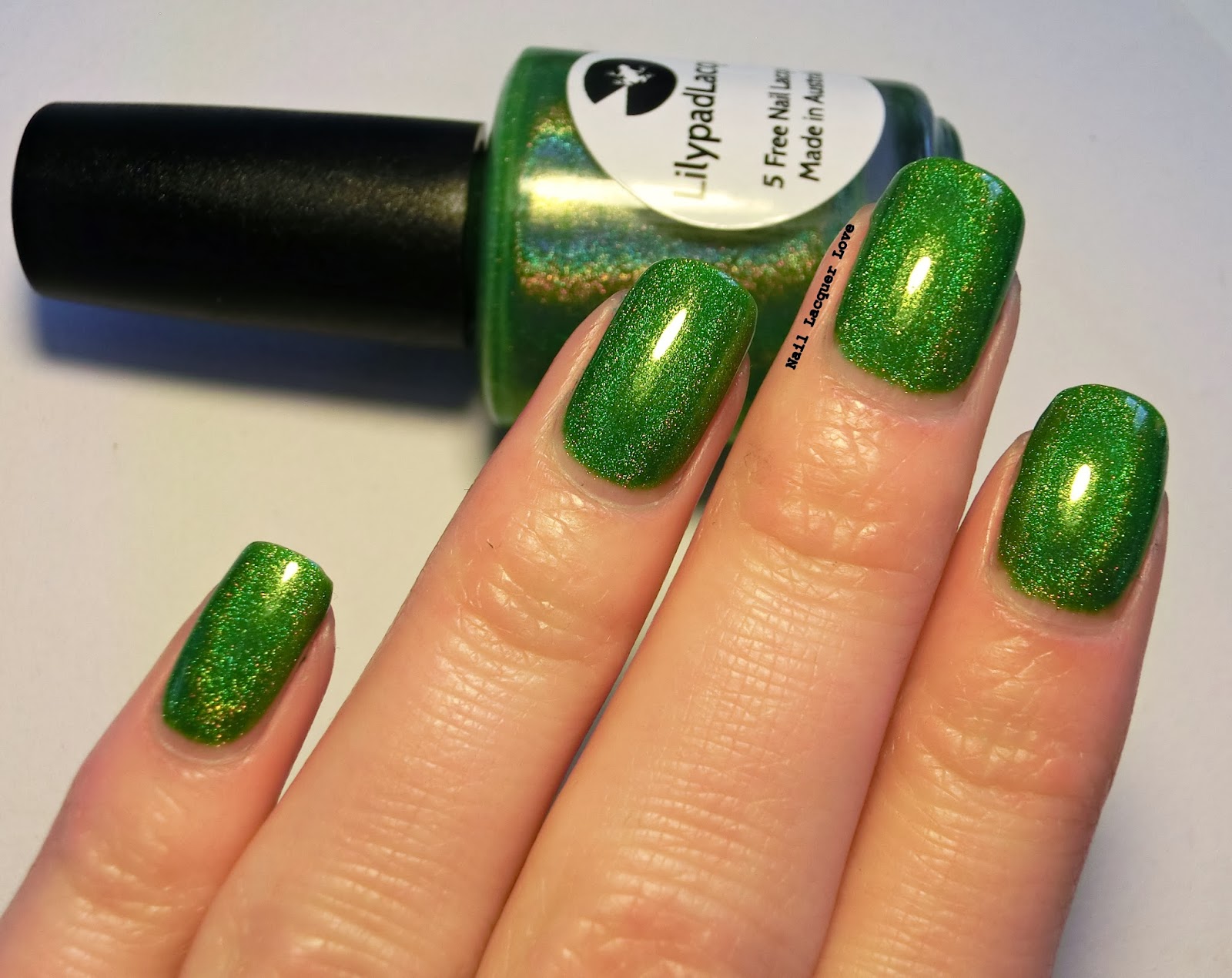 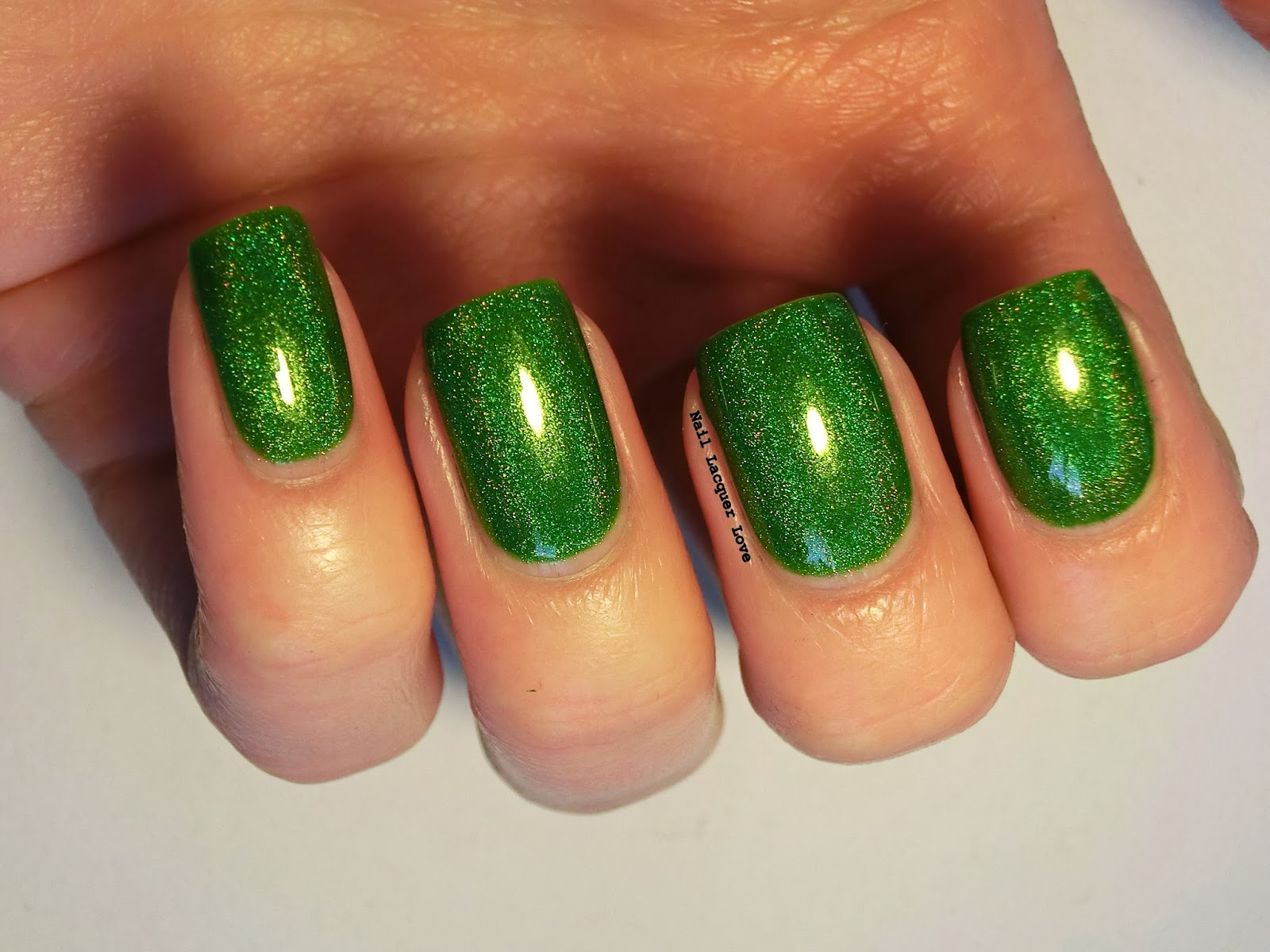 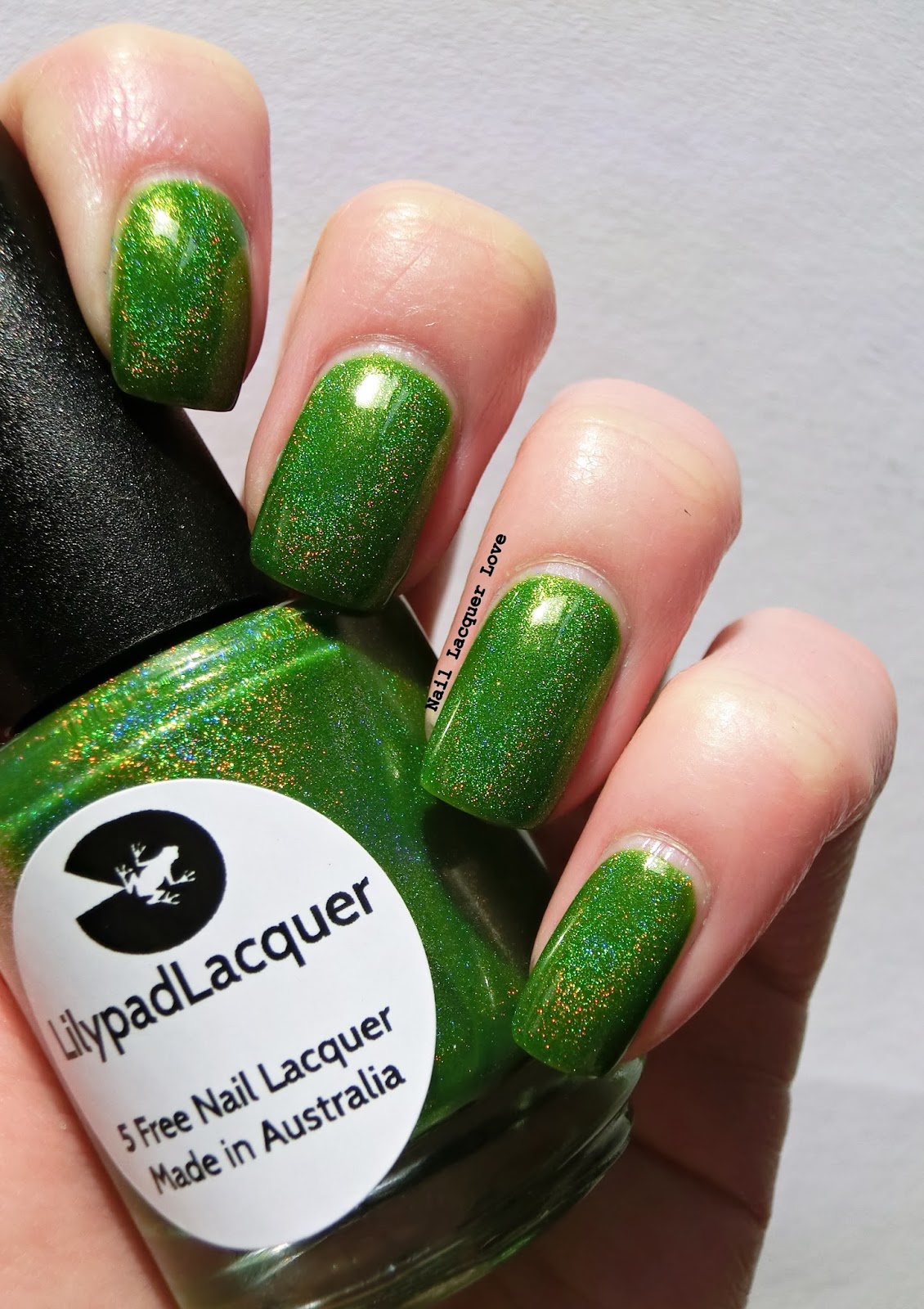 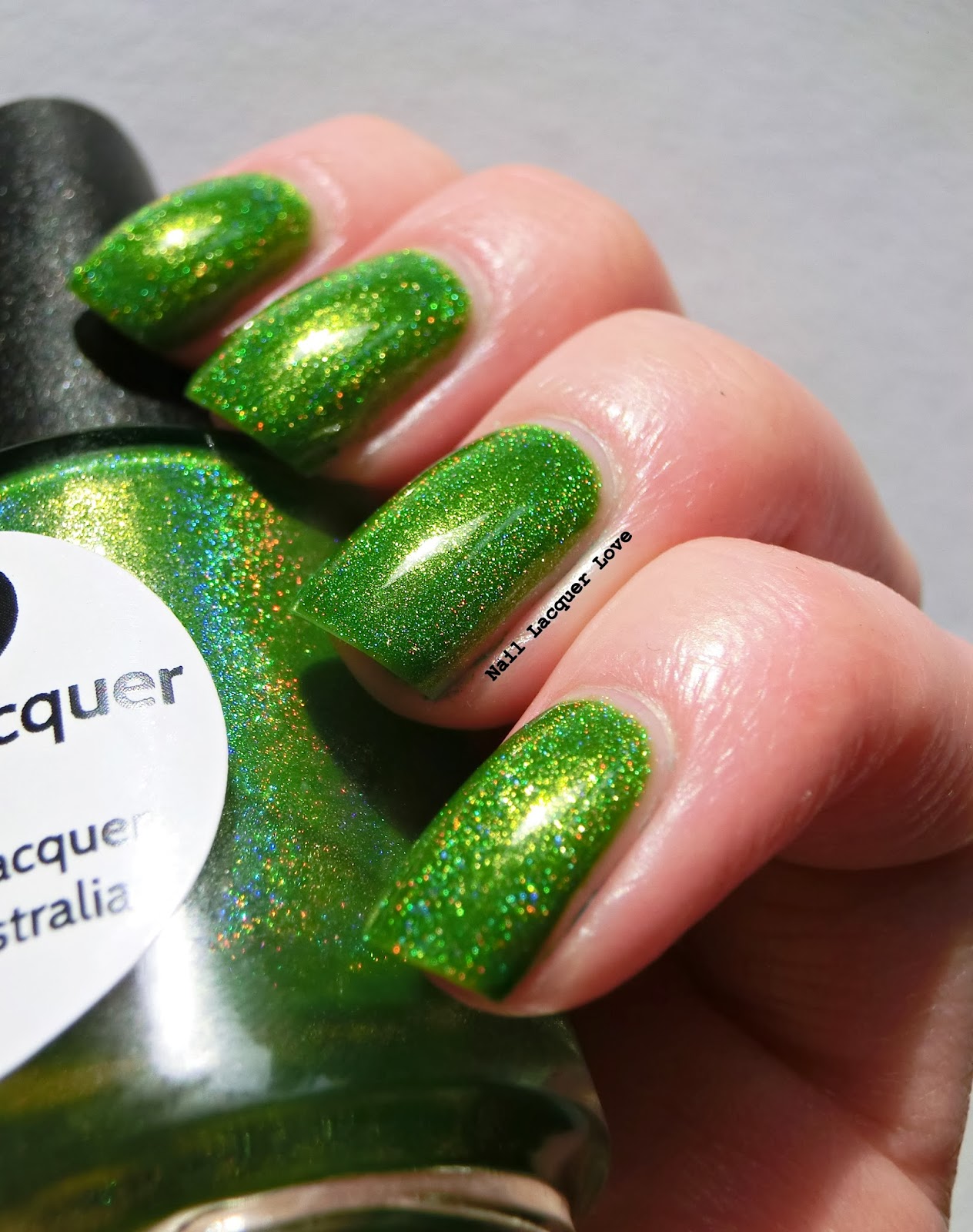 The formula is good. The polish is a bit sheer and very jelly-ish. On the first coat I thought I'd need at least four coats to reach full coverage. The polished reached full coverage after three coats though. it dried quikly and shiny.
What you see in the pictures are three coats of Lilypadlacquer Frogs Alive and one coat of Pretty Serious Crystal Coat.
Posted by Emma / Nail Lacquer Love

I love comments! They make me happy. I will answer comments, questions and feedback as soon as possible. :)

Emma / Nail Lacquer Love
All about nail polish! Life's a little more fun with some colour and a speck of glitter. Something about me? Well, let's keep it simple shall we? My name is Emma and I'm a 23 year old Lacquerhead. Contact me: naillacquerlove@hotmail.se